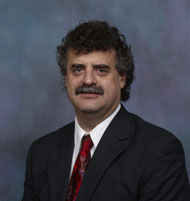 Diego Correa brings to the firm over 14 years of experience in public sector employment and labor law. Since his admission to the Pennsylvania bar, Diego Correa has worked as a judicial clerk for Superior Court Judge Harry M. Montgomery and as an Assistant City Solicitor for the City of Pittsburgh.

During his 14 years with the City of Pittsburgh, he focused on labor/employment law, and litigation. Mr. Correa’s labor practice included responsibility for every aspect of a number of the City’s collective bargaining agreements, from negotiation through implementation. In administering these City of Pittsburgh collective bargaining agreements, Mr. Correa handled numerous administrative proceedings arising from those contracts, including hearings before the Pennsylvania Labor Relations Board, the Equal Employment Opportunity Commission, the Pennsylvania Human Relations Commission, the Pittsburgh Commission on Human Relations, labor arbitrators and unemployment compensation referees.

Mr. Correa also offers substantial litigation experience. He is admitted to practice before the state courts in Pennsylvania, the U.S. District Court for the Western District of Pennsylvania and the 3rd Circuit Court of Appeals. As a litigator, Mr. Correa has handled trials before Pennsylvania Courts as well as the U.S. Western District Court and appellate issues as well. His trial experience includes labor and employment law issues, constitutional claims and municipal tort claims covered by the Political Subdivision Tort Claims Act.